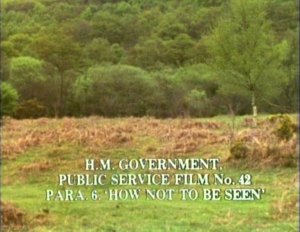 Various health- and ethics-related events have combined to make me extremely interested in obtaining much of my nutrition from vegetable-based sources.  Finding foods which have no meat in them can be, as previously described, a frustrating endeavor.  Meat really is unbelievably pervasive.  Until you’re looking for it, you really don’t see how “everywhere” it is.

Recently I became aware of the existence of “vegetarian vegetable soup“.  It occurred to me, much belatedly as it turns out, to wonder why the manufacturer felt they had to make such a distinction.  Wouldn’t vegetable soup that has meat in it be labeled?  “Vegetable beef soup“, for instance?  Well, no.  Apparently, a lot of vegetable soup is made, at least partly, with chicken stock.  Or beef stock.  Or, as in my (previously) favorite soup, “beef stock”, “beef fat”, and “chicken fat”.

Apparently I am just late to the party and this is, and has always been, very common.  Here’s Martha Stewart doing it.  Some guy from the Food Network.  Emeril.  Here’s Wolfgang Puck at least suggesting you use (his) free-range chicken stock when you make your “vegetable” soup with meat.

I am trying to avoid eating factory-farmed animals.  Soup manufacturers are hiding them in my vegetable soup!  It’s not just Campbell’s, either — I don’t mean to pick on them.  I spent several minutes in my grocery store’s soup aisle turning over cans, and only the “vegetarian vegetable” soups, and one “vegetable” soup, did not feature animals or their derivatives in their ingredients.

I once ate at a steakhouse where meat was so pervasive it appeared in the salads and the vegetable side dishes as well.  The other day I ordered a “tomato and basil” soup which the waiter and the menu both forgot to mention contained large chunks of chicken.  Meat is everywhere!  I keep expecting to find meat in my toothpaste or my toilet paper.

Fortunately, I am not the only one who has noticed meat “hiding” in my food products.  The Carnivore’s Dilemma offers a hint for vegetarians and others looking for animal-free foods: look for the word “pareve” on the label, assuring those keeping kosher that the food contains neither dairy nor meat.  Cyberparent offers a handy list of euphemisms for meat-related products which may be appearing on an ingredients list near you.  And the Vegetarian Society works on “outing” badly-labeled products as well as offering a list of officially approved products which have been determined to be 100% animal-free.  They also have suggestions if you find a badly-labeled product and you’d like to do something about it.